Here is the demonstration of possibilities of maxscript, which I have worked out while creating hair animation for video, where Veda dances Ballet.

This script optimizes the work for setting up Flex modifier in the case, when Flex is used for generate dynamics of objects out of massif of splines.

Hair in a short hairstyle, especially if it is covered with varnish, are elastic and retains the shape of hair even with sharp movements. These characteristics of hair pushed me to the idea of using Flex modifier for creating hair dynamics, which rather well imitates forces of inertia.

The Veda’s short hairstyle in this video is created by Hair and Fur in 3ds max, and lines specify the direction of the hair growth, united in one spline object. Using the Flex modifier for such object gave a number of advantages over the built-in dynamics in Hair and Fur: reduction of time calculating dynamics of hair and its more predictable results.

But the functions of setting up the rigidity of object in Flex modifier are more assigned for work with geometric objects (Paint Weights), than for the work with the objects, composed of massif of lines.

Vertex Weights is the only function of Flex modifier that allows to set the value of rigidity to the selected lines vertices. But you need to select them by hand and it is especially hard in the cases, when you work with the massif of lines, which overlap in almost all sides and angles. But the only way to distribute the extent of rigidity along the lines will be assignment of the individual value for each vertex. Complicates the task is that the massif of lines is composed of several dozen of lines and several hundreds of vertices.

This script helped me to greatly reduce the time for setting and adjusting the hair dynamics in Flex modifier and expand its functionality the following functions for configuring rigidity weights of the vertices:

The script is in development and is not available for download. 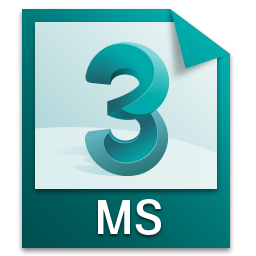 Sometimes modeling, texturing, or animation work in 3ds Max requires optimization. In the case of a unique task, a tool is required that is only suitable for solving it.
If you could not find a ready maxscript to solve for your problem you can make an order to develop custom maxscript from me.

Cost of develop begins from 100$ and depending on complexity of maxscript.

Use the form below to make an order the develop MaxScript according to your technical specifications.
Do not forget to include your email, which I can contact with you to clarify the list of works.